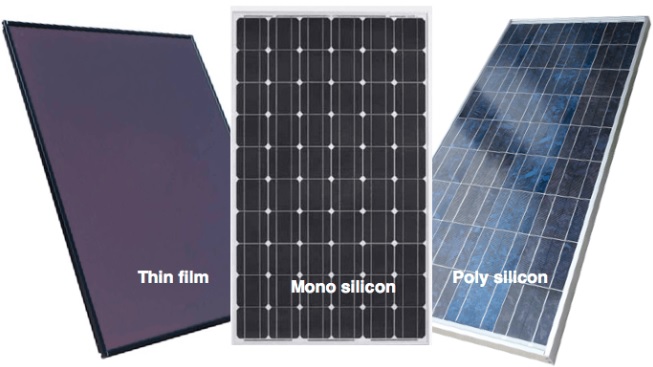 This article will present the three musketeers of the Solar panel world: Monocrystalline, Polycrystalline and Thin film solar cells. The first two are made out of crystalline silicon and are most common material for making solar panels. Thin film is totally different, less efficient but it excels in low light conditions.

Let’s present the candidates as well as their pros and cons: 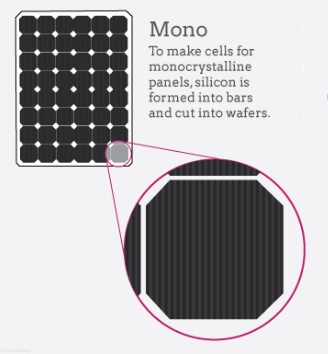 Of these three technologies this is the most developed one. It is also the oldest and is made out of a single continuous crystal structure. You can easily recognize it due to the solar cells which are in single flat color.

They are made using the Czocharalski method which result in large cylindrical ingots (molten silicon which forms a solid crystal structure). The ingots are then sliced and made into a silicon wafer used for the solar panels. 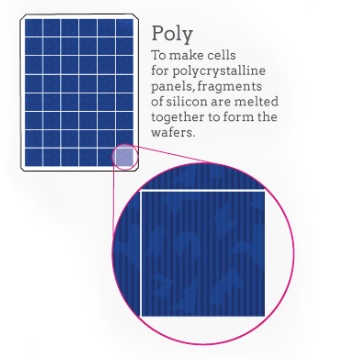 This is a new technology even though it is thought to be inferior to Monocrystalline cells. The method of production is cheaper and therefore the solar panels whit polycrystalline are less expensive. The efficiency is slightly lower than monocrystalline but these solar panels dominate the residential market.

These solar cells are recognizable due to their solid black appearance. They are made by placing a photovoltaic substance (e.g. Amorphous silicon, Cadmium Telluride, Copper indium gallium selenide or Dye-sensitized solar cell) on a solid surface similar to glass. The method of production is the cheapest one yet, and the thin film solar panels are consequently cheap.